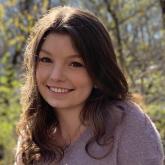 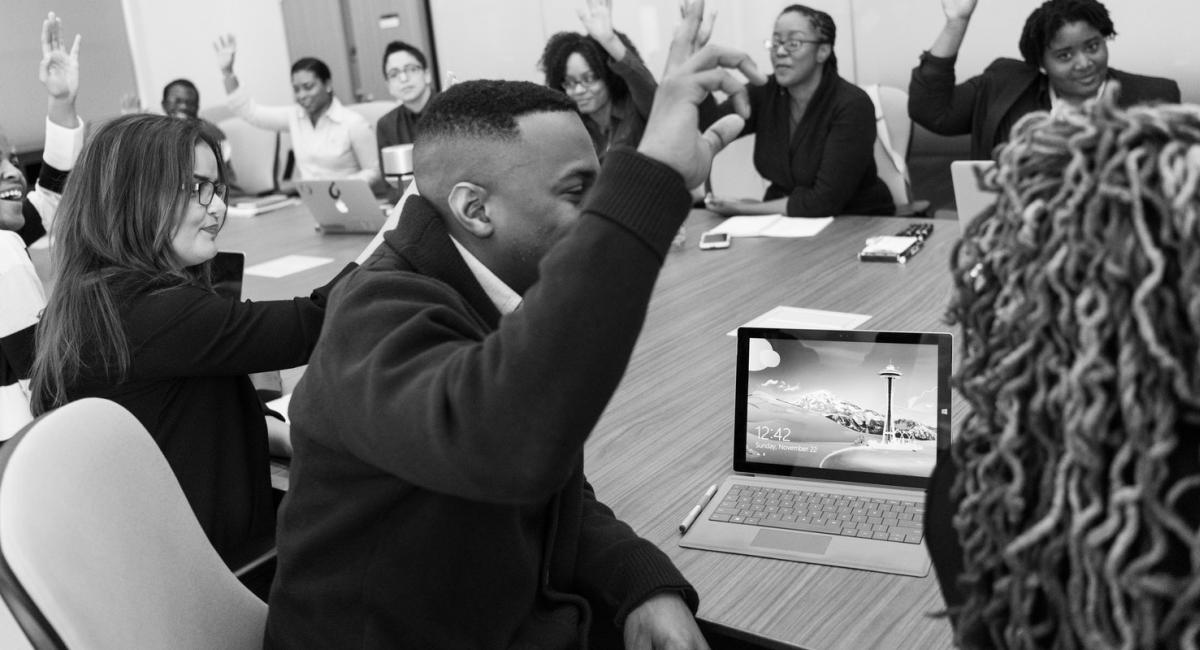 There are a variety of ways to honor Black History Month. Talking about issues with diversity, equality, and inclusion with others around you, reading the work of Black authors, learning about Black figures, and supporting Black businesses are ways to show support to this community. We all recognize the names of Bill Gates, Warren Buffet, Jeff Bezos, and Steve Jobs as influential figures in tech. But do you know Granville Woods, Katherine Johnson, or Valerie Thomas?

For Black History Month, we wanted to highlight some of the most influential Black leaders in the tech industry. Learn about their contributions and how they became such memorable figures in the industry. Here are 15 individuals you should know:

Growing up in Columbus, Ohio, Granville Woods was a self-taught inventor who had nearly 60 patents in the United States, focusing his work on trains and streetcars. His nickname, “Black Edison” came from all his developments including a telephone transmitter, multiplex telegraph, and a trolly wheel.

As a young man, Woods worked many jobs and focused his studies on engineering and electricity. Woods eventually created his own company to develop, manufacture, and sell electrical apparatuses. At the time of his death in 1910, he had created many appliances for electric railways that are still a part of our lives today.

Early on in her career, Valerie had a very strong interest in technology. Growing up in Maryland, she had an early fascination with technology. She later attended Morgan State University and was one of a few women to be enrolled in physics. She worked for NASA as a mathematical/data analyst and developed a real-time computer data system which allowed control centers to support satellite operations.

Valerie worked for NASA from 1964-1995 and conducted a lot of experiments. Her biggest development, “Landsat” is still being used by NASA today.

Clarence was a Chicago native and became interested in computers at an early age. He continued his education at University of Illinois Urbana-Champaign and was the first African American to earn a Ph.D. in computer science in 1969. In his studies, he enjoyed learning about software and hardware, and developed the ILLIAC IV supercomputer.

He worked with large technology companies like Bell Telephone Laboratories, Microelectronics and Computer Technology Corporation, IBM, Xerox, Los Alamos Scientific Labs, and Argonne National Lab. Ellis examined the functionality of systems which can be found in applications like Google Docs. His work is part of what shaped the way we use technology today.

John W. Thompson’s tech career has been quite impressive. He was born in New Jersey and received his bachelor's degree from Florida A&M University. He started as a salesperson at IBM and climbed his way to the top as a general manager. He has also been the CEO of Virtual Instruments, CEO of Symantec, and was the Chairman of Microsoft from 2014-2021. Thompson has made notable contributions to investing in future generations in tech.

This Chicago native is the reason we have the movies Jurassic Park, Beauty and the Beast, Aladdin, and many more. Hannah created legendary movie graphics for the film industry. He also developed the 3D special effects that have been used to provide different movie experiences for viewers.

Marc Hannah started as an electrical engineer and graphic designer in the 80’s and 90's. He is the co-founder of Silicon Graphics, Inc. His graphics have been so popular that they currently are being used in the NFL intro video. Over the course of his career, he secured a dozen patents and received recognition from the ‘Professional Achievement Award from the Illinois Institute of Technology.’

President and CEO of Rapid7, Corey Thomas has provided a way to respond to and detect cyberattacks. The company services more than 7,000 organizations to date including Microsoft, Macy’s, Intuit, and Netflix.

Thomas received his bachelor’s in computer science and electrical engineering from Vanderbilt University and his M.B.A from Harvard Business School. He has helped many companies reach the next level of tech security and influenced millions of people throughout the process.

Founder and Executive Director of Black Girls CODE, Kimberly Bryant’s non-profit organization is dedicated to helping young women of color (ages 7-17) “change the face of technology” by introducing them to technology and computer science concepts.

Kimberly has enjoyed 25+ years in the pharmaceutical and biotech industry. She is known as one of the most influential engineers in her career. Kimberly Bryant was recognized by Business Insider in 2013 as one of “The 25 Most Influential African-Americans in Technology.” Her actions have helped so many young women and will continue for years to come.

Katherine Johnson’s accomplishments as a woman in tech were depicted in the film “Hidden Figures”. She attended college at the age of 15 and once she graduated, she had the option of becoming a nurse or teacher.

She started working as a teacher and then applied for a job at Langley Research Center, which is now part of NASA. She began working at Langley as a human computer and calculated the best flight path for NASA to take to space. Because of her work, they were able to successfully create the first path to space. Her accomplishments also included calculating the flight paths for Project Mercury and Apollo 11. In 2015, President Obama awarded Johnson with the Presidential Medal of Freedom. Katherine Johnson passed away at the age of 101 years old on February 24th, 2020. She is known as an American hero and her legacy with NASA will never be forgotten.

Otis Boykin graduated in 1941 from Fisk College and began working with Majestic Radio and TV corporation. Shortly thereafter, he started his own company, Boykin-Fruth Inc. He was known for receiving 26 patents. He created wire precision resistors that are used in TVs, IBM computers, military missiles, and radios. These advancements helped improve everyday life for the people who used these electronics.

Sam Bright's more than 14 years of experience in the tech industry prepared him for his accomplishments today. Bright was the Vice President and General Manager of Soft Goods and eBay North America. His specialties include strategy, investment banking, corporate development, and market research. Bright was able to build an impressive portfolio by programming with brands like Marvel, StubHub, and Verizon.

In 2017, he led eBay North America to be a multibillion-dollar company. Sam Bright is currently working on a board of directors at Benetech, a California non-profit that drives positive social media posts via technology.

Just like Katherine Johnson, Melba Roy Mouton worked at NASA as a human computer and was very successful in her work. She was appointed to Head of Computer Programming at NASA and then worked to produce orbital element timetables. These timetables allowed Americans to learn when satellites were going to pass overhead so they could witness them.

While working at NASA, she received the Apollo Achievement and Exceptional Performance Awards. She also led classes on coding and created seminars to further teach individuals. Her contributions to science and tech have been recognized by many.

Often referred to as the “Godfather of Silicon Valley,” Roy Clay Sr. attended Saint Lewis University (one of the first Black men to attend this university) where he studied computer programming.

In the 1970’s, he worked in Silicon Valley as a computer consultant and became a very well-known individual in the development of HP’s computer divisions. He wrote the software that was first sold by HP in 1966 and led his team in engineering these computers. The Silicon Valley Engineering Council inducted him into the hall of fame in 2003. He was highly involved in his community and helped improve the lives of many.

Frank Greene developed high-speed computer systems at Fairchild Semiconductor R&D Las in the 1960s. He is known as one of the “first Black technologists” since he later started his own technology company. He earned his bachelor's degree from Washington University in St. Louis and his master’s degree at Purdue University.

He later founded a VC firm called NewVista Capital which focused on helping minority and female-led companies. His long legacy of helping others in the tech world led to his induction into the Silicon Valley Engineering Council’s Hall of Fame. He is remembered as a caring role model and mentor to others.

Charlie Moore wanted to help solve a huge problem for small businesses by providing an online legal service on an affordable and accessible platform. As the CEO and Founder of Rocket Lawyer, he offered his services for free. This paid off for him because he went from 25,000 subscribers to 1 million. Rocket Lawyer has been named in the top BE 100s, and is currently ranked 60th in the United States. His work has been able to help many.

As the Head of Cultural Partnerships for Spotify, Xavier Jernigan works with students from Spotify’s Opening Act HBCU Conference to recruit artists in different ethnical backgrounds.

Jernigan studied at Florida A&M University and served as Head of North America, Shows & Editorial at Spotify where he was able to oversee artists for the US and Canada. His efforts have helped those in the Black and Latino community pursue their music dreams.