Creatio Presents Its Major Platform Update, 8.0 Atlas, to Build Applications and Workflows with No-Code and a Maximum Degree of Freedom

Boston, MA – February 8, 2022 – Creatio today unveils Creatio 8.0 Atlas — the evolution of its platform with the next-level tools to empower creators to build enterprise applications and workflows with no-code and a maximum degree of freedom. The update will be available to all Creatio customers today and compatible with previous versions. The release is introducing several innovations including a consolidated No-Code Designer, an elevated canvas-style UI designer (Freedom UI Designer), and a composable approach to building applications.

In the release, Creatio consolidates, simplifies, and significantly extends all application design tools into the unified no-code designer, a module where no-code developers can design and launch their applications. The designer includes the ability to create and configure new and existing pages, set up data models and access rights, design workflows, and enable no-code integrations using SOAP and REST services. The no-code designer also contains the ability to access advanced configuration tools available for professional developers. This facilitates the collaborative development of fusion teams. 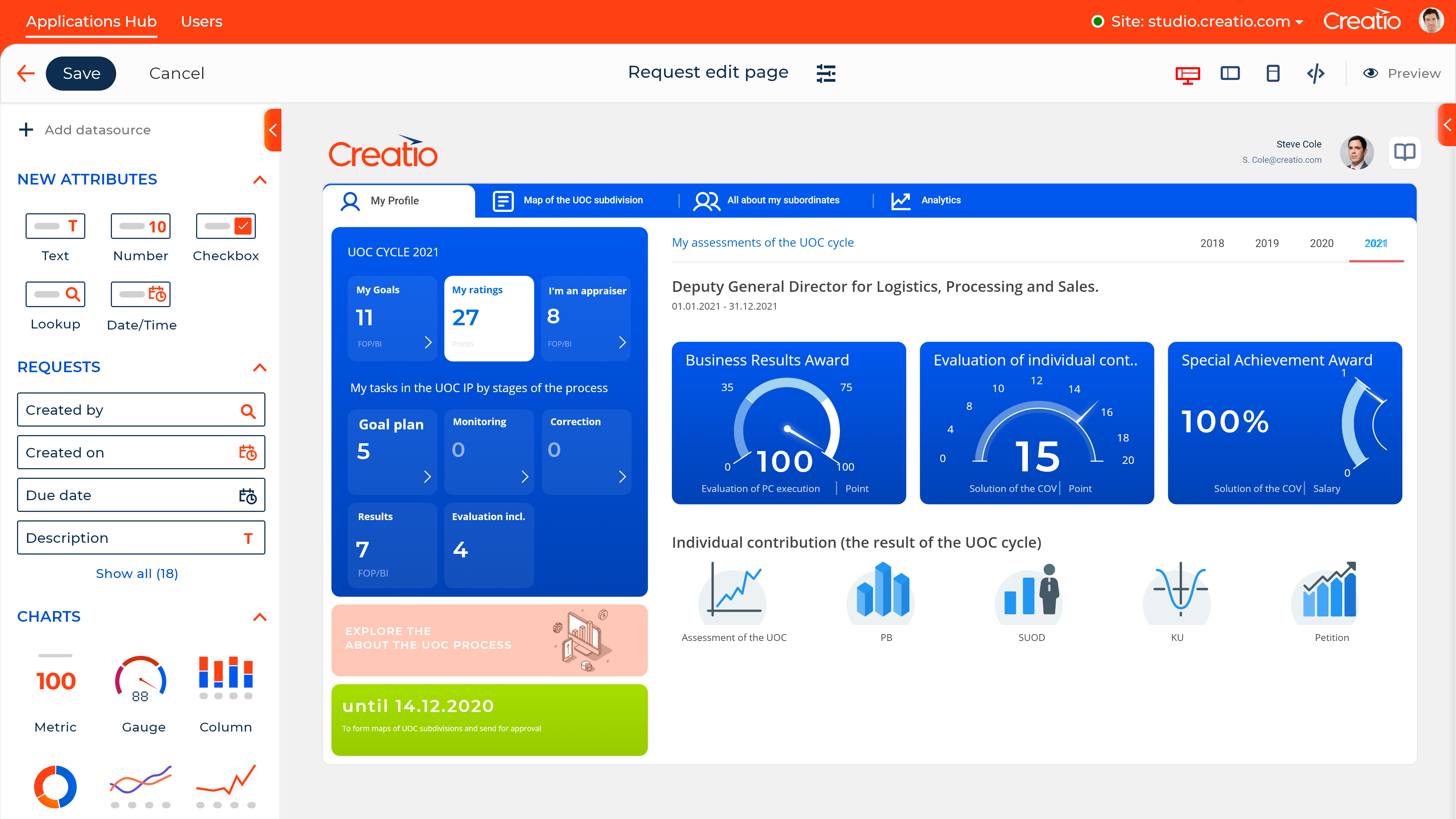 In Atlas 8.0, Creatio launches a completely new framework for UI/UX configuration called the Freedom UI Designer. It empowers no-code developers to design an interface of any type enabling a maximum degree of freedom. The Freedom UI Designer contains a library of predefined views, widgets, and templates to accelerate the design process. The new version allows users to apply different UI themes and styles. The Freedom UI Designer is fully adaptable to different screens and devices and complies with WCAG 2.1 requirements. Additionally, Creatio will be using its powerful AI engine to drive recommendations to no-code developers, suggesting elements and styles for different vertical and horizontal use cases based on a self-learning mechanism. 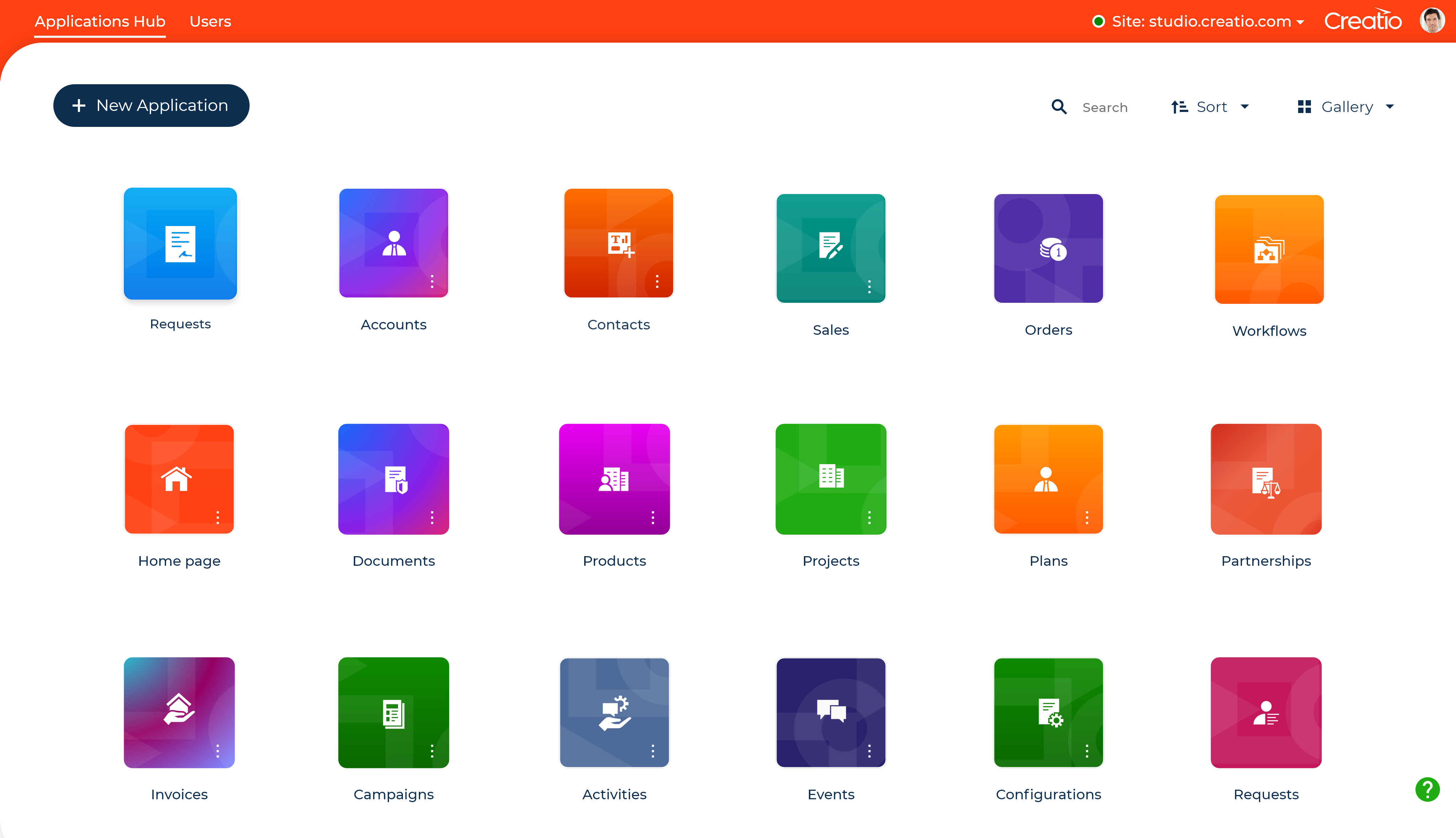 Composability is another innovation that will be introduced in the new version. Creatio 8.0 enables no-code developers to use composable elements at each stage of the development process. The different types of composable elements can be accessed directly from the designer. The composable no-code development process allows users to assemble applications and reuse components leveraging the “Lego blocks” approach. This also includes the ability to utilize 750+ Creatio Marketplace applications, connectors, and templates, that can be deployed with one click and used in the design process. In the meantime, the release includes enhanced ALM capabilities that provide no-code developers with the ability to view available instances, perform typical deployment operations and orchestrate applications at each stage of the development lifecycle. The Application hub delivers the possibility to organize the work of different teams (no-code architects, no-code developers, professional developers, etc.), while managing collaborative processes and invitations.

Bpm'online, a leading low-code, process automation and CRM company, announced that it is changing its corporate and product names to Creatio and its official website to creatio.com. The new name reflects the company’s strong belief that everyone will become a developer, able to automate business ideas and create custom solutions in minutes.

Technology Advisors was the recipient of Creatio’s Customer Service Excellence award during the company’s Global Tour in Boston, MA.